Gum disease is the reaction of your gums to a build up of bacteria around your teeth.

The inflammation happens as a result of your immune system trying to fight the infection of bacteria building up around your teeth. This bacteria builds up on your teeth everyday: the creamy-yellow soft stuff that we aim to brush away with our toothbrushes is a mix of bacteria, food and toxins produced by bacteria and is called dental plaque.

A good oral hygiene regime will stop daily bacteria build up from staying there long enough to cause a problem.

If you leave bacteria on your teeth for long enough to cause gingivitis, then simply removing the bacteria with careful and thorough brushing and flossing will give your gums chance to heal, and usually they will return completely back to normal.

If you leave any plaque behind for more than a few days, it will start to harden. When solid it is known as calculus (or tartar). Calculus cannot be removed with your toothbrush – only a professional clean by a dentist, dental therapist or hygienist will remove calculus. 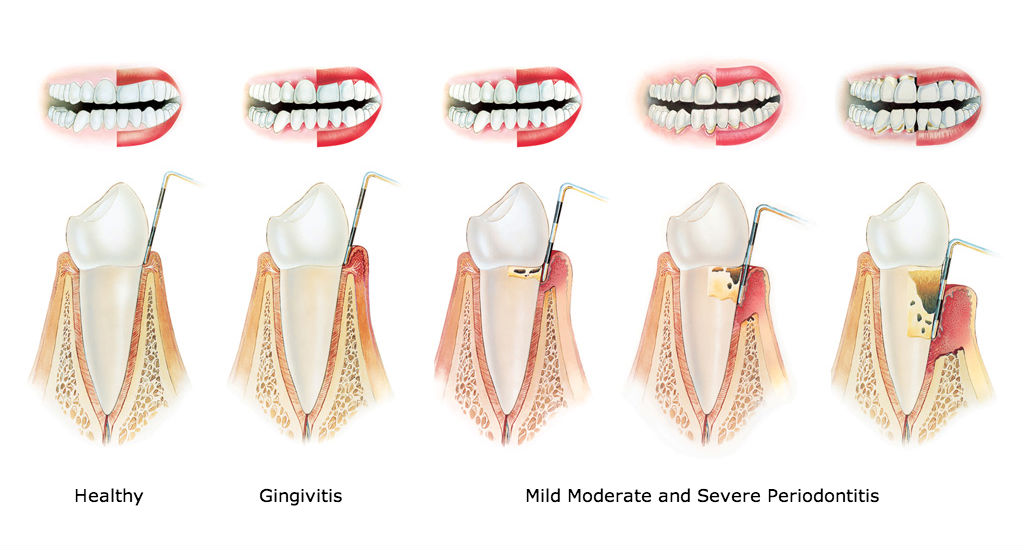 Periodontitis can cause the bone support of teeth to wear away so that teeth become loose, die, and ultimately fall out. This process often does not cause any pain, but the signs that you might notice include: